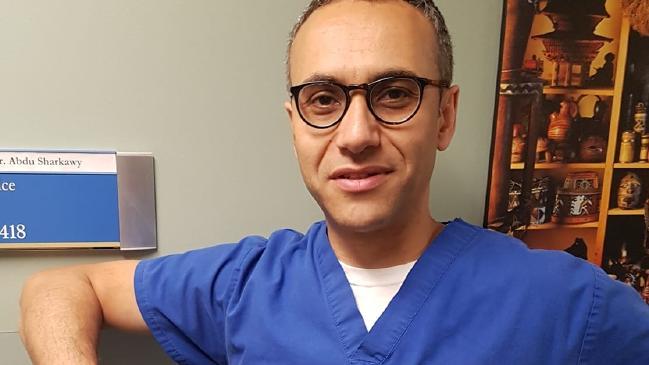 A medical expert is going viral after he shared a passionate post warning that mass panic about the coronavirus could do more damage than the disease itself.

Doctor Abdu Sharkawy of the University of Toronto’s Division of Infectious Disease took to his Facebook page on March 6 to make clear one thing — that he is not scared of the virus, but rather the implications of mass panic.

As a specialist in the field for more than 20 years, Dr Sharkawy said his profession has taken him from city hospitals in Toronto to the poorest slums of Africa where people have HIV-AIDS, Hepatitis, TB and SARS, adding that there is little he hasn’t been exposed to.

“And with notable exception of SARS, very little has left me feeling vulnerable, overwhelmed or downright scared,” he said in his post which has been shared nearly one million times.

Admittedly, Dr Sharkawy said that while he does worry about the “implications of a novel infectious agent” that continues to find new footholds in different soil — it’s more the world’s reaction that has got him worried.

‘SCARED ABOUT LOSS OF REASON AND WAVE OF FEAR’

Dr Sharkawy explained that what scares him is the “loss of reason and wave of fear that has induced the masses of society into a spellbinding spiral of panic” where people have begun to stockpile “obscene quantities of anything that could fill a bomb shelter adequately in a post-apocalyptic world”.

“I am scared of the N95 masks that are stolen from hospitals and urgent care clinics where they are actually needed for front line healthcare providers and instead are being donned in airports, malls, and coffee lounges, perpetuating even more fear and suspicion of others.

Dr Sharkawy was referring to widespread prepping in countries including the US, UK and in Australia where stores have been sucked dry of essential items such as toilet paper and hand sanitiser.

He warned people to expect the virus to continue to spread, but that it would “not likely do much harm” and advised against panic.

“I am scared that travel restrictions will become so far reaching that weddings will be cancelled, graduations missed and family reunions will not materialise. And well, even that big party called the Olympic Games … that could be kyboshed too. Can you even imagine?” he continued.

But one of his biggest fears was the message we are telling our children when faced with a threat.

“Instead of reason, rationality, openmindedness and altruism, we are telling them to panic, be fearful, suspicious, reactionary and self-interested.”

EXPECT IT – STOP WAITING TO BE SURPRISED FURTHER’

Dr Sharkawy said Covid-19 is nowhere near over, adding that it will be coming to a city, a hospital, a friend, even a family member near you at some point.

“Expect it. Stop waiting to be surprised further. The fact is the virus itself will not likely do much harm when it arrives. But our own behaviours and ‘fight for yourself above all else’ attitude could prove disastrous.”

“I implore you all. Temper fear with reason, panic with patience and uncertainty with education.”

He said society has an opportunity to learn a great deal about health hygiene and limiting the spread of innumerable transmissible diseases.

“Let’s meet this challenge together in the best spirit of compassion for others, patience, and above all, an unfailing effort to seek truth, facts and knowledge as opposed to conjecture, speculation and catastrophising.”

“Facts not fear. Clean hands. Open hearts. Our children will thank us for it.”